Of the many New Hampshire journalists who have covered the state's presidential primary, few can match longtime Associated Press photographer Jim Cole, who has captured every New Hampshire primary since 1980.

Cole has a rule he follows when out on assignment: No matter how crowded the press gaggle gets, he never takes a picture while he's touching another photographer. The point is to force himself to think of a different approach to each shot.

Take, for instance, a campaign appearance by George H.W. Bush at Nashua Airport in 1988: All of the other photographers followed the then-vice president on board an airplane.

"I stayed outside, and with all the luck in the world, Bush stuck his head out the pilot's window and waved to everybody," said Cole.

The picture ended up as a two-page spread in Life magazine.

With 35 years of experience shooting pictures of politicians, that's hardly the only time Cole's counter-current strategy has gotten national attention for his photos.

Cole's exploits on the job have made him a legend. On Election Night in 1996, he started processing his film in a makeshift darkroom at Pat Buchanan's headquarters, just as the candidate's staff locked off access to the space.

"We still had like a minute left in the developer — if you overdevelop you're going to ruin everything," said Cole. The AP was about to lose all of its film from the winner of the New Hampshire primary, and Cole had to think quickly.

"I got into the lock with my Swiss Army knife, opened the lock, got the door open and with about 15 to 30 seconds left got the film from the developer into the bleach," said Cole.

David Tirrell-Wysocki, a former colleague at the AP, recalls when former Vice President Walter Mondale, went fishing with a kid on the Merrimack River. He said most of the news pictures of the day showed Mondale and the child fishing alone on the banks of the Merrimack.

"Jim stood back and took a picture of the 15 or 20 photographers who were surrounding them in this supposedly peaceful scene, including one photographer who had gone out into the water and turned around and was shooting back," said Tirell-Wysocki. "They had the picture, but he had the scene."

New Hampshire journalists and politicians agree Cole's knack for capturing the whole scene has shown, perhaps better than any other photographer, the character of his home state and its role in the presidential process.

"He's got to put together a book of his best New Hampshire primary photographs," said former New Hampshire governor and White House chief of staff John H. Sununu. "That book alone would be a great bestseller."

But at 58 years old, Cole says the book on his career isn't closed yet. 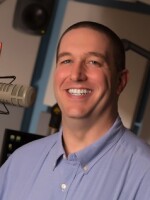 Brady Carlson
Along with hosting All Things Considered each afternoon, Brady co-hosts NHPR’s presence on Twitter and Facebook, and maintains NHPR’s Public Insight Network, working with residents around New Hampshire to use their knowledge and insights to inform news coverage. Brady is a frequent guest on Word of Mouth, discussing internet culture, media and technology in the regular Here's What's Awesome segment.
See stories by Brady Carlson
LATEST STORIES