Steve Earle & The Dukes The Ghosts of West Virginia

Over these past couple of decades, I cannot recall how many times I have been asked what Americana is. My standard answer references the Mojo Triangle, where the big bang of American music occurred. The area from New Orleans to Memphis to Nashville is credited with the birth of the seminal American music forms, Jazz, Blues, Country, Rock & Roll. All took wing from that fertile ground, propelled by the merging nationalities and sonic traditions of the American melting pot. Of course, the concept continued to grow past that region, and extended into Texas, Oklahoma, and beyond, wherever European immigrants met with Native American and African American influences.

The second question I get is an artist example and I have often cited Steve Earle. His music embodies the above-mentioned styles as he skates from crunchy rock to sweet tributes, and from the tender to the political in his ever-growing body of work. His 20th studio album is due out on May 22, recorded with his backing band The Dukes; Chris Masterson on guitar, Eleanor Whitmore on fiddle & vocals, Ricky Ray Jackson on pedal steel, guitar & dobro, Brad Pemberton on drums & percussion, and Jeff Hill on acoustic & electric bass. Ghosts of West Virginia references a real event, the Upper Big Branch coal mine explosion that killed twenty-nine men in 2010. The mine owners paid more than $200 million in criminal liabilities for the violations that caused one of the worst mining disasters in US history. 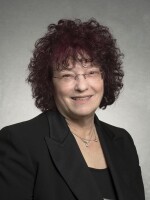 Jessie Scott
Jessie Scott is WMOT program director, afternoon host and host of Wired In. Scott has a long history in radio and was the creator of XM's X Country channel.
See stories by Jessie Scott
LATEST STORIES