MTSU students will stage what is regarded widely as one of the most compelling theatre productions ever in an effort to spark awareness of violence against women.

Playwright Eve Ensler’s series of monologues read by women on-stage is based on a series of interviews she conducted with women all over the world. It puts the spotlight on different aspects of the female experience, including sexual violence.

The production is being staged in conjunction with the V-Day movement, which has raised $90 million to educate the public about violence against women and efforts to stop it.

All proceeds from “The Vagina Monologues” will go to Murfreesboro’s Domestic Violence and Sexual Assault Program.

Admission is $5 in advance or $10 at the door. For more information, contact Christina Gaza, vice president of Students Active for Feminism and Equality, at 702-355-4935 or SafeMTSU@gmail.com. 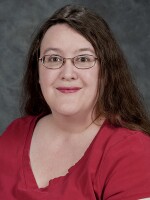 Gina Logue
Gina Logue hosts “MTSU On the Record,” a 30-minute interview program heard on WMOT-FM each Monday at 5:30 p.m. and Sunday at 8 a.m. "MTSU On the Record" was honored in 2012 as the best radio program among the state's colleges and universities by the Tennessee College Public Relations Association. The program also was recognized for excellence in 2012 by the Council for the Advancement and Support of Education (CASE). She has hosted the program for the past seven years. In addition, Gina (pronounced JIN-uh) writes, voices and produces the 60-second “Middle in a Minute” vignettes heard throughout WMOT programming. A veteran of 20 years of radio experience prior to working with WMOT, Gina covered Alabama politics during the last administration of Gov. George Wallace and Louisiana politics during the third administration of Gov. Edwin Edwards and the sole term of Gov. Buddy Roemer. She has covered the 1988 Republican National Convention in New Orleans, the 1989 five-day goodwill visit of Soviet warships to the world’s largest naval base in Norfolk, Va., and the 1996 Summer Olympics in Atlanta. Her reporting has aired on AP Radio, CBS Radio and the Voice of America. In 1984, she and Alabama Radio Network colleague Jim Merlini won a UPI award for presidential election coverage. In addition, Gina won the ARK/LA UPI awards for Best Feature and Outstanding Achievement in the Best Newscast category in 1986 and Best Feature and Best Individual Achievement in 1987, all while with the Louisiana Network. Over the years, she has interviewed numerous newsmakers and celebrities, ranging from Patricia Neal, Charlie Daniels, Sam Snead and Bobby Orr to David Halberstam, Morris Dees, Gloria Steinem and Benazir Bhutto.
See stories by Gina Logue
LATEST STORIES